The 7 Common Elements of Viral Videos 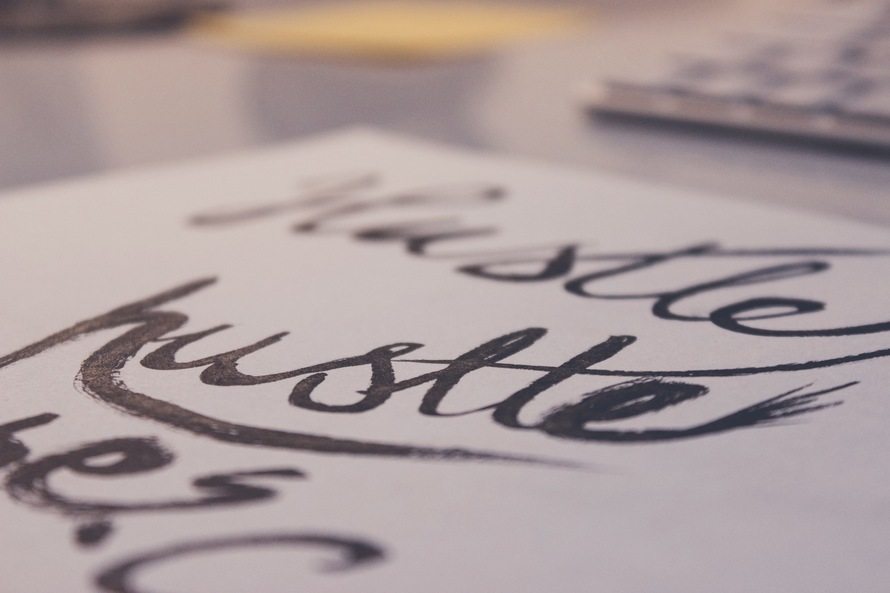 Virality is an elusive beast. There’s a misconception that folks can snap their fingers and create something that “goes viral.” You can’t control virality, but there is a formula of sorts that you can use to give yourself the best chance to create a viral hit.In our recent interview with Joel Ackerman, Chief Creative Genius at Ackermania Creative and most famously the director of Poo-Pourri’s “Girls Don’t Poop” video, he taught the seven elements of virality. While they’re not a perfect formula, they are “ingredients” or “colors” that you can mix together to give yourself the best shot at creating something memorable.And in case you’re wondering, no, you won’t find “cats” anywhere in this list.

The 7 Common Elements of Viral Videos

If you set out to make every video viral, you’ve got a limited scope. There are so many uses for a video that don’t involve the sharing of that video. In fact, there are lots of reasons to create videos that aren’t viral, at times.But of course going viral is usually a great thing, and there are seven elements to videos that make it to that privileged level:

Let’s look at each in a little more depth.

You can make something visually impressive, even on a restricted budget. Is it harder? Of course. But it’s not impossible.Sony Bravia did a commercial in which they threw hundreds of thousands of bouncy balls down a street in Italy; that requires a lot of money. Old Spice’s “The Man Your Man Could Smell Like” was also expensive. What was impressive was that they did sets that came apart so they could film it in one shot.You can’t emulate Sony’s commercial without money, but if you’re creative enough, you can do something like Old Spice’s inexpensively. It just may take you a lot of time.If you don’t have money for videos, but you have time, do what you can—spend more time on them.

People don’t care about beverages on a gut level. They may like drinks, but drinks are not relevant on a social level. So what does Coca-Cola do? They make videos about peace and happiness among all people across the world. That’s something people can get behind.If your product is hygiene-related, that’s relevant to people every day, and you have an inherent advantage. If not, you have to find something that is important to a lot of people and make your video about that thing. A good example is Dove, which made videos about empowering women. Those videos weren’t just about soap or shampoo. This element is about a brand affiliation exercise more than a value prop.

If something is real, people are more interested in it than if they know it’s fake. For instance, Red Bull did a stunt where they skydove from the edge of space. If instead, they had made a video with good special effects that gave the appearance of someone skydiving from space, it might have gotten some views, but it wouldn’t have gotten near the amount of views it actually got.Similarly, there was a “World’s Toughest Job” video where people were interviewed for a job in which they would work all day, every day without pay, as a shout-out to moms. The producers used actors, but it looked and felt real enough that people thought they were actually interviewing the people. Because of that, it was shareable.

The big key here is “Don’t offend the wrong audience.” Joel just directed an ad for a company called GlassesUSA.com. The ad posed the question, “Why do we think people who wear glasses are much smarter?” Then it answers: “Because people who wear glasses actually are smarter.” A bunch of people online got offended, but who were they? People who don’t wear glasses.If it’s a mild controversy, it gets people talking, and it’s not so offensive that your brand gets blackballed and no one will buy from you because they’re boycotting you. Even Carl’s Jr. has decided to be blatantly sexist, choosing to appeal to enough people that they’ll take the heat and reap the profits. You may not agree with it, but it is an adaptable, successful model.

As a general rule, humor is the hardest element to get right: you can’t just be moderately funny, you have to be very funny. To make it even harder, everyone has a different sense of humor.What you generally find in viral videos is that you have to go broad with comedy, even “low-brow.” This doesn’t mean they have to be stupid: the Poo-Pourri video was intelligent, but at the end of the day it was bathroom humor that was broadly appealing. Sadly, the world probably isn’t interested in all your beloved inside jargon.

In some ways, this may be the most underused viral tool. A lot of non-branded viral videos that regular people post are emotional: a father singing to his daughter, people who get cochlear implants and can hear for the first time, etc.There are a huge range of emotions we can capture. If you can find a way to do it without seeming to exploit people (which is the real danger), it’s an untapped tool.

Volkswagen is the example Joel always uses for this. In one of their commercials, they have a little kid in a Darth Vader costume starting the car by use of the force. There was nothing in the universe more popular than Star Wars at that time, and the brand jumped on the bandwagon.Anytime a brand uses a celebrity, they are jumping on a bandwagon, relying on that person’s popularity. Use this carefully. Joel doesn’t love this one because it seems too easy, and while often bandwagon videos get you the virality you’re going for, they sometimes don’t perform as well getting people to change their brand preference. Viewers may remember the video, but they remember it by Star Wars, or Michael Phelps. So you’re always taking a risk that your brand may not pop, even if the video or commercial itself is popular.

You can email Joel for a free whitepaper on the 7 elements of viral videos at [email protected].But there’s one last key thing to remember here: these elements don’t live in a vacuum. You can’t say “We’re going to do a video with reality or humor.” Again, they’re colors, ingredients. You’re going to mix them, and then you still have to give it an interesting form.They’re good colors, though, so mix away.This episode is based on an interview with Joel Ackerman from Ackermania Creative. To hear this episode, and many more like it, you can subscribe to the Hawke Media Podcast.If you don’t use iTunes, you can listen to every episode here.

Hawke Media Coronavirus Report: July 1, 2020
Marketing Masters: Barstool Sports Taps into Consumer Intent to Monetize Massive Following
Hawke Media Coronavirus Report: June 24, 2020
5 Pride Campaigns We’re Loving During Pride Month 2020
Hawke Media Coronavirus Report: June 17, 2020
Marketing Masters: Segmenting Facebook Audiences and Optimizing for Conversion Efficiency
Hawke Media Coronavirus Report: June 10, 2020
Hawke Media Coronavirus Report: June 4, 2020
A Statement from Hawke Media: "We Cannot Rest"
Hawke Media Coronavirus Report: May 28, 2020
Marketing Masters: Amazon Clients Driving Revenue During COVID-19
Hawke Media Coronavirus Report: May 20, 2020
Quarantine Cookoff Recipes From Hawke Media's Marketing Pros
How to Build Strong Partnerships in the Wake of COVID-19
Hawke Media Coronavirus Report: May 13, 2020
Hawke Media Coronavirus Report: May 6, 2020
An E-Commerce Marketer’s Quick-Start Guide to SMS Marketing: Templates, Best Practices, and Advice
Deep Dive: Taking Action and Forming Perspective Featuring Daymond John
The Hard Truth About Content? You Need More Than You Think You Do
Hawke Media Coronavirus Report: April 29, 2020
How Freelancers Can Use Marketing Tactics to Grow Their Business in Uncertain Times
How to Maintain High Quality Production in Quarantine
How to Audit Your Checkout Flow
3 Branding Strategies that You Should Start Working on Immediately
Hawke Media Coronavirus Report: April 22, 2020
Quarantine Conference: A Retrospective & What's Next
Hawke Media Coronavirus Report: April 15, 2020
7 Tips for Entrepreneurs Facing the Coronavirus
The Top Ten Reasons Why You Should Not Miss Quarantine Conference 2020 on April 7
Hawke Media Voted the #1 Best Workplace for Dogs (By Dogs) in America
Built with Purpose: How Hawke Is Designed to Help Your Business During a Global Crisis
Hawke Media Amazon Report During the Coronavirus
Doing Business During The Coronavirus
Q & A: Why Influencer Marketing is Perfect for the Hospitality Industry
Thinking Beyond Blogs: 3 Additional Formats to Use in Your Content Marketing Strategy
Going Beyond Employee Appreciation Day
Live from the Nest Season 2 Ep. 6 w/ Ben Parr, President & Co-Founder, Octane AI
5 Ways to Grow Your Email List in a Meaningful Way
CannaNest Recap: The Cannabiz Takes Over the Hawke Nest
Laying a Foundation: 3 Ways to Ensure Online Business Growth
Fashion Marketing: Keys to Successfully Growing Your Fashion Brand
Subject Line: Would You Read This?
5 Tips To Get More Free PR For Your Business
Buzzword or Buzzworthy: Direct to Consumer (DTC, D2C) Demystified
Road to 10k Instagram Followers: Best of Hawke Media Posts
Live from the Nest Season 2 Ep. 5 w/ David Peck, Cannabis Entrepreneur
7 Best Valentine's Day Campaigns 2020: Hoping to Get Lucky (or Not)
9 Ecommerce Platforms We Love
Building Trust: Influencer Marketing
5 Absolutely Essential Points of Cash Flow Management
5 Abilities Every Chief Operating Officer (COO) Should Have
Everything You Need to Know: Marketing Agency vs. Hiring In-House
The Super Bowl Economy: Everything but Football
Live from the Nest Season 2 Ep. 4 w/ Shawn Gold, Founder & CEO, Pilgrim Soul
A Robot Walks into a Bar: Rotendr Pitches Hawke Cage
Plain and Simple: Content Marketing 101
5 Marketing Takeaways from KPop Giant BTS
Why CannaNest Is the Best Cannabiz Event in 2020
5 Great Ways to Get Press
Hawke Basel: An Evening of Fine Art & Fanfare
Hawke Turns 6: Our Strength Is Our Values
7 SEO Mistakes All Experts Make
The Importance of Testing
Episode 3: "Making the Marketer" w/ Hawke Media CEO Erik Huberman and Entrepreneur Xavier Kochhar
The Most Exciting Content of Q4 According to Hawke's Content Superstars
7 Tips to Create the Best Mobile Friendly Site
Holiday Hangover: 3 Ways to Avoid Marketing Myopia
Live from the Nest Season 2 Ep. 3 w/ Andy Mackensen, CMO & Co-Founder, SnackNation
Rewind: A Look Back at Hawke's Best Moments of 2019
7 Important Tips to Improve Your Email Open Rates
12 Days of Holiday Marketing Tips
Episode 2: "Making the Marketer" w/ Hawke Media CEO Erik Huberman & Jeffrey Nicholson, VaynerMedia
Get Creative, Gain an Audience through Instagram Stories Ads
9 Ecommerce Conferences You Can’t Miss in 2020
Introducing the First Episode of “Making the Marketer,” With theAmplify Founder Justin Rezvani
What It Means to Give Back at Hawke Media
The Secret to Success: Preparing Your E-Commerce Strategy for the Holiday Season Starts Now!
Do It For The Culture: What Makes Hawke Media’s Award-Winning Culture Better Than Anywhere Else’s
2019 Hawke Holiday Content Marketing Plan
All of the Marketing I Saw While Running the New York City Marathon
Digital Marketing Strategy: 12 Tips to Stay on Track in 2020
Black Friday vs Cyber Monday 2019
5 Things Your Brand Can Do Without a Big Marketing Budget
In Case You Missed It: Here's What Was New on the Hawke Blog in November
Black Friday and Cyber Monday: Creating an Influencer Strategy
3 Content Marketing Tips for Black Friday and Cyber Monday
How to Set Up Your Socials For Black Friday/Cyber Monday Success
Last-Minute Strategies to Save Black Friday
Seasonal Versus Evergreen Content: The What, When, and Why
4 Ways to Increase Email Open Rate This Holiday Season
6 SEO Tips to Plan Your Holiday Campaign
Facebook Automation: 4 Essential Automated Rules
3 Tips to Ace Your Phone Interview With Hawke Media
4 Reasons Hawkesgiving Was a Huge Success
Digital Marketing Tips, Broken Down by Service—and Holiday—in Q4
4 UX Best Practices To Maximize Your Holiday Promo Success
Navigating Insurance as Your Company Grows: Beta Stage
In Case You Missed It: Here's What Was New on the Hawke Blog in October
Three Reasons to Avoid a Revenue-Share with Your Marketing Agency
4 Marketing Lessons to Learn from Kanye's Sunday Service