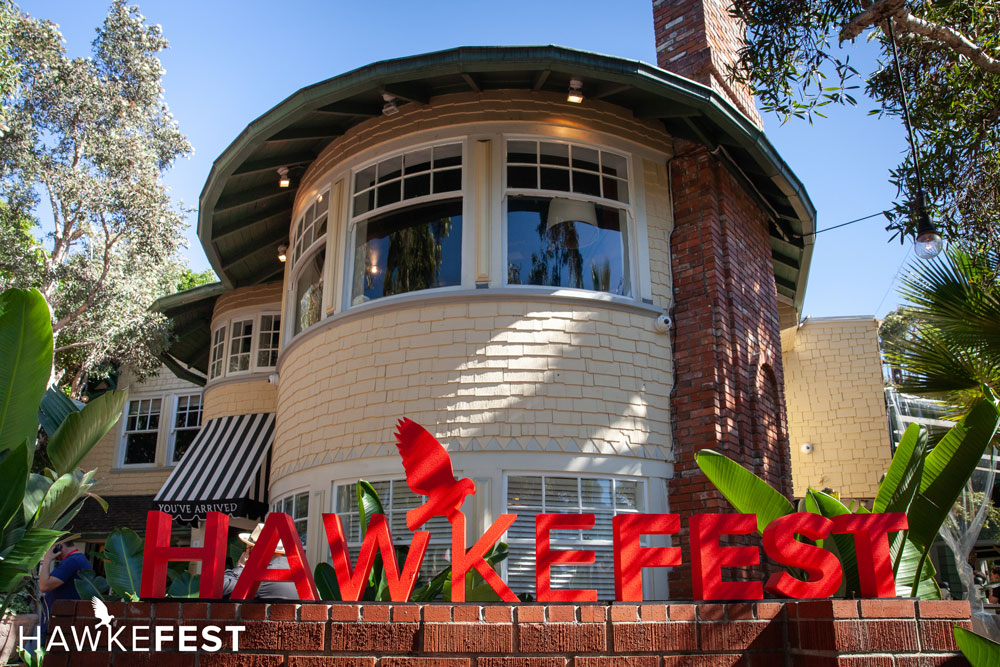 Historic Santa Monica landmark, The Victorian[/caption]Just a few short weeks ago, Hawke Media transformed The Victorian in Santa Monica into a dazzling circus for our second annual Hawkefest. As Los Angeles’ premier ecommerce “anti-conference,” Hawkefest brought together thought leaders, entrepreneurs, executives and tastemakers under one roof... or should we say big top? In addition to the interactive panels, keynote presentations, fireside chats, and collaborative workshops; Hawkefest also had circus performers, jugglers and live music to liven up the joint. It was truly a one-of-a-kind event and we wanted to share a little of the magic with you. If you missed the event this year, here’s a taste of what you missed. And if you did attend, let us take you back to that day filled with learning, collaboration and fun!

Welcome to the Circus

Ted Winterer, Mayor of Santa Monica[/caption]The event started off with Ted Winterer, Mayor of Santa Monica, declaring the first week of October officially Ecommerce Week! Afterward, our amazing roster of speakers hosted panels, keynotes and workshops; focusing on themes such as “Building a Tribe,” “Cannabis Marketing,” and “Understanding the Chinese Consumer.” Our roster of talented speakers included John Hall of Influence & Co., Jake Kassan of MVMT, Trina Spear of FIGS and Los Angeles Clipper-turned-entrepreneur Baron Davis.Scroll down to see a highlight of speakers, pop-ups, and panels from the all-day event.[caption id="attachment_12892" align="alignleft" width="425"]

Our very own popcorn machine for guests![/caption][caption id="attachment_12894" align="aligncenter" width="1024"]

The Secret Room, where a fortune teller awaited to tell guests their future[/caption][caption id="attachment_12902" align="aligncenter" width="1024"]

Strangers on a Train wrapped up the show with a spirited live performance.[/caption][caption id="attachment_12898" align="alignleft" width="402"]

All made possible by Karolina Swietoniowska, Hawke Media’s Experiential Producer![/caption]

This year's event was incredible and we want to give the biggest thank you to all of our attendees, sponsors, speakers and performers. We're already looking forward to going bigger and better next year! Hope to see you there![caption id="attachment_12906" align="aligncenter" width="1024"]

Sara is a Social Media & Influencer Manager at Hawke. When she’s not strategizing content for brands, she runs a fashion and lifestyle blog in her spare time - check out her website www.lovesarafaye.com

Read All Posts By Sara Ehlers →