The History and Importance of Paid Social Media 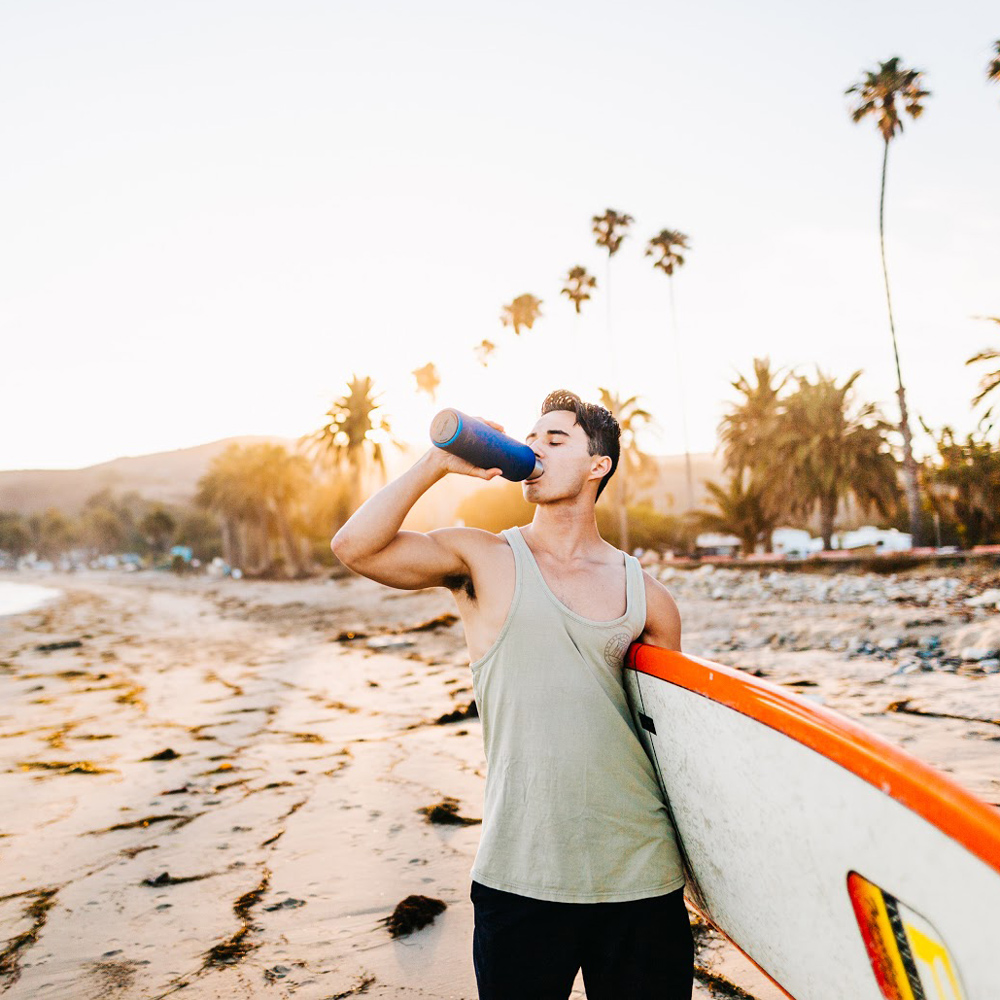 Let’s take a quick step back in time. It is 2012 again; Obama is still POTUS, Apple’s iPhone 4S is still the phone of choice, and Facebook and Instagram’s timelines still run linearly. To some, these are the golden days of the social media sphere; an arena unskewed by Facebook & Instagram’s algorithms. During this era, brands could post their content and almost 100% guarantee that their followers would see it for zero cost to them; the catch being that the follower would have to scroll far enough through their feed just to see it, let alone to interact with it. Fast forward to 2014; Facebook decides to disrupt the market and change their algorithm for how people see content on their news feed. Queue mass panic amongst businesses and celebrities trying to reach their followers. What wasn’t realized by these pages was the importance of Facebook evolving to this style of news feed. As Facebook grows and more and more posts are being shared, space on the news feed becomes much more competitive. Facebook has tough problems to solve because they need to prioritize what people want to see and engage with. If they are not able to show their users what they want, it promotes user drop off which prevents effective advertising; effectively killing their business model.

Paid social media is some of the most effective outreach marketing that a brand can do to interact with followers and spread out their reach. Paid social media guarantees that your posts make it to where users are paying attention. The first step is to find a worthy asset for your post. Photos and video engage nearly twenty times that of text-only updates, so try to stick with visual postings to promote. Professionally photographed lifestyle imagery works wonders to connecting new users. Be aware of the space that your product takes up in the imagery; if your product fills a good proportion of the frame, the likelihood of a viewer engaging with the post drops significantly due to consumer’s natural instinct to avoid ads. When you use an image like the one below, it is much easier to draw the viewer in and make them curious about the product.

This image is a no-brainer to post and promote. You have a beautiful image that draws the user in, and an audience to target the post to. This image has the opportunity to gain a large amount of paid engagement which will lead to more organic engagement. It is also important to stand out from the crowd by making an eye-catching design for your ads to boost the effectivity.At the end of the day, there will be no going back to the old days of being able to get away without paying for social media engagement. The best thing that a brand can do is put their nose to the grindstone, create and post incredible content and promote that content. Doing so will put them in a position to gain engagement, new customers, and enhance sales.Take your digital marketing to the next level. Access our August White Paper, Buying Friends and Influencing People: A Beginner's Guide to Social Media Advertising.

Hawke Media Coronavirus Report: July 9, 2020
The Death of 3rd-Party Cookies – What Comes Next?
Hawke Media Coronavirus Report: July 1, 2020
Marketing Masters: Barstool Sports Taps into Consumer Intent to Monetize Massive Following
Hawke Media Coronavirus Report: June 24, 2020
5 Pride Campaigns We’re Loving During Pride Month 2020
Hawke Media Coronavirus Report: June 17, 2020
Marketing Masters: Segmenting Facebook Audiences and Optimizing for Conversion Efficiency
Hawke Media Coronavirus Report: June 10, 2020
Hawke Media Coronavirus Report: June 4, 2020
A Statement from Hawke Media: "We Cannot Rest"
Hawke Media Coronavirus Report: May 28, 2020
Marketing Masters: Amazon Clients Driving Revenue During COVID-19
Hawke Media Coronavirus Report: May 20, 2020
Quarantine Cookoff Recipes From Hawke Media's Marketing Pros
How to Build Strong Partnerships in the Wake of COVID-19
Hawke Media Coronavirus Report: May 13, 2020
Hawke Media Coronavirus Report: May 6, 2020
An E-Commerce Marketer’s Quick-Start Guide to SMS Marketing: Templates, Best Practices, and Advice
Deep Dive: Taking Action and Forming Perspective Featuring Daymond John
The Hard Truth About Content? You Need More Than You Think You Do
Hawke Media Coronavirus Report: April 29, 2020
How Freelancers Can Use Marketing Tactics to Grow Their Business in Uncertain Times
How to Maintain High Quality Production in Quarantine
How to Audit Your Checkout Flow
3 Branding Strategies that You Should Start Working on Immediately
Hawke Media Coronavirus Report: April 22, 2020
Quarantine Conference: A Retrospective & What's Next
Hawke Media Coronavirus Report: April 15, 2020
7 Tips for Entrepreneurs Facing the Coronavirus
The Top Ten Reasons Why You Should Not Miss Quarantine Conference 2020 on April 7
Hawke Media Voted the #1 Best Workplace for Dogs (By Dogs) in America
Built with Purpose: How Hawke Is Designed to Help Your Business During a Global Crisis
Hawke Media Amazon Report During the Coronavirus
Doing Business During The Coronavirus
Q & A: Why Influencer Marketing is Perfect for the Hospitality Industry
Thinking Beyond Blogs: 3 Additional Formats to Use in Your Content Marketing Strategy
Going Beyond Employee Appreciation Day
Live from the Nest Season 2 Ep. 6 w/ Ben Parr, President & Co-Founder, Octane AI
5 Ways to Grow Your Email List in a Meaningful Way
CannaNest Recap: The Cannabiz Takes Over the Hawke Nest
Laying a Foundation: 3 Ways to Ensure Online Business Growth
Fashion Marketing: Keys to Successfully Growing Your Fashion Brand
Subject Line: Would You Read This?
5 Tips To Get More Free PR For Your Business
Buzzword or Buzzworthy: Direct to Consumer (DTC, D2C) Demystified
Road to 10k Instagram Followers: Best of Hawke Media Posts
Live from the Nest Season 2 Ep. 5 w/ David Peck, Cannabis Entrepreneur
7 Best Valentine's Day Campaigns 2020: Hoping to Get Lucky (or Not)
9 Ecommerce Platforms We Love
Building Trust: Influencer Marketing
5 Absolutely Essential Points of Cash Flow Management
5 Abilities Every Chief Operating Officer (COO) Should Have
Everything You Need to Know: Marketing Agency vs. Hiring In-House
The Super Bowl Economy: Everything but Football
Live from the Nest Season 2 Ep. 4 w/ Shawn Gold, Founder & CEO, Pilgrim Soul
A Robot Walks into a Bar: Rotendr Pitches Hawke Cage
Plain and Simple: Content Marketing 101
5 Marketing Takeaways from KPop Giant BTS
Why CannaNest Is the Best Cannabiz Event in 2020
5 Great Ways to Get Press
Hawke Basel: An Evening of Fine Art & Fanfare
Hawke Turns 6: Our Strength Is Our Values
7 SEO Mistakes All Experts Make
The Importance of Testing
Episode 3: "Making the Marketer" w/ Hawke Media CEO Erik Huberman and Entrepreneur Xavier Kochhar
The Most Exciting Content of Q4 According to Hawke's Content Superstars
7 Tips to Create the Best Mobile Friendly Site
Holiday Hangover: 3 Ways to Avoid Marketing Myopia
Live from the Nest Season 2 Ep. 3 w/ Andy Mackensen, CMO & Co-Founder, SnackNation
Rewind: A Look Back at Hawke's Best Moments of 2019
7 Important Tips to Improve Your Email Open Rates
12 Days of Holiday Marketing Tips
Episode 2: "Making the Marketer" w/ Hawke Media CEO Erik Huberman & Jeffrey Nicholson, VaynerMedia
Get Creative, Gain an Audience through Instagram Stories Ads
9 Ecommerce Conferences You Can’t Miss in 2020
Introducing the First Episode of “Making the Marketer,” With theAmplify Founder Justin Rezvani
What It Means to Give Back at Hawke Media
The Secret to Success: Preparing Your E-Commerce Strategy for the Holiday Season Starts Now!
Do It For The Culture: What Makes Hawke Media’s Award-Winning Culture Better Than Anywhere Else’s
2019 Hawke Holiday Content Marketing Plan
All of the Marketing I Saw While Running the New York City Marathon
Digital Marketing Strategy: 12 Tips to Stay on Track in 2020
Black Friday vs Cyber Monday 2019
5 Things Your Brand Can Do Without a Big Marketing Budget
In Case You Missed It: Here's What Was New on the Hawke Blog in November
Black Friday and Cyber Monday: Creating an Influencer Strategy
3 Content Marketing Tips for Black Friday and Cyber Monday
How to Set Up Your Socials For Black Friday/Cyber Monday Success
Last-Minute Strategies to Save Black Friday
Seasonal Versus Evergreen Content: The What, When, and Why
4 Ways to Increase Email Open Rate This Holiday Season
6 SEO Tips to Plan Your Holiday Campaign
Facebook Automation: 4 Essential Automated Rules
3 Tips to Ace Your Phone Interview With Hawke Media
4 Reasons Hawkesgiving Was a Huge Success
Digital Marketing Tips, Broken Down by Service—and Holiday—in Q4
4 UX Best Practices To Maximize Your Holiday Promo Success
Navigating Insurance as Your Company Grows: Beta Stage
In Case You Missed It: Here's What Was New on the Hawke Blog in October