Getting Serious About Segmenting Influencers 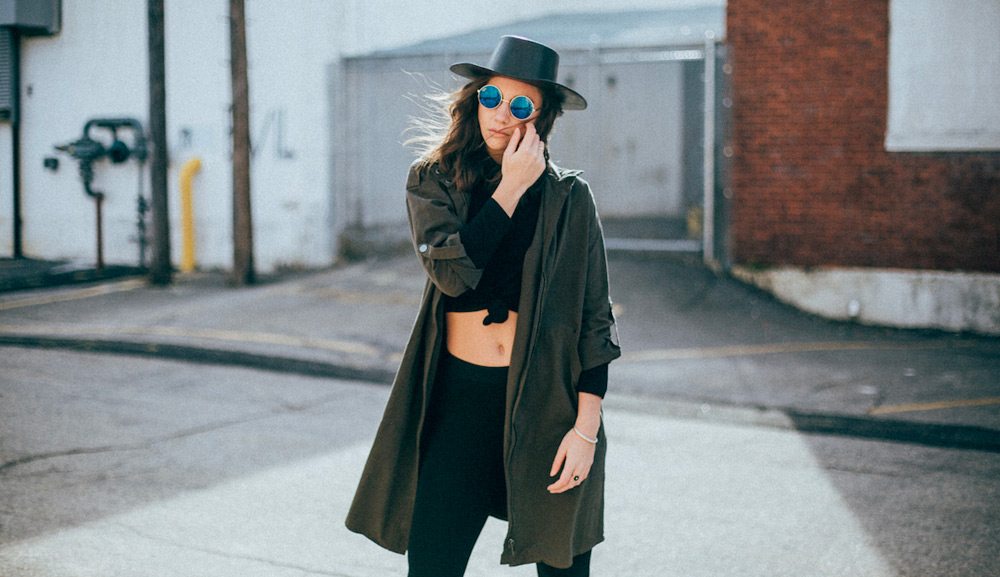 Many brands that aren’t familiar with Influencer Marketing are skeptical of allocating their limited marketing budgets into this unchartered territory. Some would rather opt to funnel those funds into Facebook Ads where they can target specific audiences based on retargeting and interests. Similar to how Facebook Ads can get granular with their targeting, Influencer Marketing can provide similar targeting options with the chance of converting sales from audiences you didn’t expect.Although we’re reaching out to influencers, we’re able to target their audiences through them. For example, if a YouTube star is always posting makeup tutorials, you’d imagine that their audience is comprised of people interested in the Beauty category. The only tricky part to this would be influencers that consider themselves in the "lifestyle" category.Below is a list of some ways we can identify influencers which would assuredly have audiences that share similar interests:

As you can see from the list above, Influencer Marketing isn’t just shooting darts in the dark; it’s highly targeted. Once we activate an influencer, we’ll continue to monitor their audience’s engagement with the post to determine which influencers to activate for a second collaboration. While there are a variety of methods to market your brand, Influencer Marketing should be considered one of the cornerstones of your marketing strategy.

Read All Posts By David Chon →

Why CannaNest Is the Best Cannabiz Event in 2020
Hawke Basel: An Evening of Fine Art & Fanfare
Hawke Turns 6: Our Strength Is Our Values
7 SEO Mistakes All Experts Make
The Importance of Testing
Episode 3: "Making the Marketer" w/ Hawke Media CEO Erik Huberman and Entrepreneur Xavier Kochhar
The Most Exciting Content of Q4 According to Hawke's Content Superstars
7 Tips to Create the Best Mobile Friendly Site
Holiday Hangover: 3 Ways to Avoid Marketing Myopia
Live from the Nest Season 2 Ep. 3 w/ Andy Mackensen, CMO & Co-Founder, SnackNation
Rewind: A Look Back at Hawke's Best Moments of 2019
7 Important Tips to Improve Your Email Open Rates
12 Days of Holiday Marketing Tips
Episode 2: "Making the Marketer" w/ Hawke Media CEO Erik Huberman & Jeffrey Nicholson, VaynerMedia
Get Creative, Gain an Audience through Instagram Stories Ads
9 Ecommerce Conferences You Can’t Miss in 2020
Introducing the First Episode of “Making the Marketer,” With theAmplify Founder Justin Rezvani
What It Means to Give Back at Hawke Media
The Secret to Success: Preparing Your E-Commerce Strategy for the Holiday Season Starts Now!
Do It For The Culture: What Makes Hawke Media’s Award-Winning Culture Better Than Anywhere Else’s
2019 Hawke Holiday Content Marketing Plan
All of the Marketing I Saw While Running the New York City Marathon
Digital Marketing Strategy: 12 Tips to Stay on Track in 2020
Q & A: Why Influencer Marketing is Perfect for the Hospitality Industry
Black Friday vs Cyber Monday 2019
5 Things Your Brand Can Do Without a Big Marketing Budget
In Case You Missed It: Here's What Was New on the Hawke Blog in November
Black Friday and Cyber Monday: Creating an Influencer Strategy
3 Content Marketing Tips for Black Friday and Cyber Monday
How to Set Up Your Socials For Black Friday/Cyber Monday Success
Last-Minute Strategies to Save Black Friday
Seasonal Versus Evergreen Content: The What, When, and Why
4 Ways to Increase Email Open Rate This Holiday Season
6 SEO Tips to Plan Your Holiday Campaign
Facebook Automation: 4 Essential Automated Rules
3 Tips to Ace Your Phone Interview With Hawke Media
4 Reasons Hawkesgiving Was a Huge Success
Digital Marketing Tips, Broken Down by Service—and Holiday—in Q4
4 UX Best Practices To Maximize Your Holiday Promo Success
Navigating Insurance as Your Company Grows: Beta Stage
In Case You Missed It: Here's What Was New on the Hawke Blog in October
Three Reasons to Avoid a Revenue-Share with Your Marketing Agency
4 Marketing Lessons to Learn from Kanye's Sunday Service
Introducing Our New Grad Program: The Associate Digital Marketer Program!
6 Takeaways from Working with Some of the Biggest CBD Brands
What to Do Before Launching Digital Ads
Why Stock Photography will Sink Your Social Brand: You Need Your Own Social Content
Facebook Messenger Marketing: 5 Conversational Ad Tips to Drive Revenue and Increase Subscribers
How to Increase B2B Sales With Email Marketing
11 Mistakes Brands Make When Hiring Digital Marketing Agencies
8-Step Instagram Grid Tutorial (with Templates)
CBD Advertising: 6 Ways to Promote Your CBD Brand
World Mental Health Day 2019: How Hawke Values Wellness in the Workplace
Seasonal Versus Evergreen Content: The What, When, and Why
First Glance: 19 Photos of Hawkefest 2019
4 Influencers Fashion Brands Should Be Paying Attention to in 2020—and Why
3 Amazon Audit Solutions to Prepare for the Holidays
How to Optimize Your Amazon Marketing Strategy
4 Tips to Make the Most Out Of Your Influencer Collaborations
In Case You Missed It: Here's What Was New on the Hawke Blog in September
Marketing Agency vs. Hiring In-House [Infographic]
Our Content Team’s Favorite Marketing Tactics They Saw in Q3
How to Place a Google Analytics Tracking Pixel
Saving the Best for Last: Hawkefest Is the Best E-Commerce Conference to Close out 2019
6 SEO Tips to Plan Your Holiday Campaign
Live from the Nest Season 2 Ep. 2 w/ Mike Banuelos VP of Strategy, Hawke Media
Why Hawke Media and Google Celebrated the Holidays in August
Email Drip Marketing Campaigns: How to Set up a Conditional Split Workflow to Increase Personalization
Facebook Advertising KPIs: 5 Key Metrics
19 Reasons Why Hawkefest is the Best Event of 2019
Instagram Influencer Marketing: 5 Best Practices to Keep Engagements Running Smoothly
Live from the Nest Season 2 Ep.1 w/ Daniel Chen Head of Media Buying, Hawke Media
Why Outsourcing Your Financial Services is a Smart Move
Adopt a Puppy from Found Animals at Hawkefest 2019
3 Best Cannabis Marketing Strategies to Elevate Your Brand
The NFL Season: 5 Ways to Coach Your Marketing Strategy to a Win
Hawkefest: What is an Anti-Conference?
Hawkefest Gives Back: Partnering with Orphaned Starfish
Vote Up for Blazing Trails: Cannabis Marketing at SXSW 2020
Helping Business Owners Understand the eCommerce Pyramid
Does a $5 Billion Fine Solve Facebook's Privacy Problems?
What Brands Need to Know About Community Management
6 Things Missing from Every Conference You've Ever Been To
Mobile Design: How to Optimize Your Site for Mobile Browsing
How MailChimp is Expanding Beyond Email: 3 New Features
8 Tips on How to Design a Perfect Product Detail Page
3 Reasons to Celebrate World Emoji Day
What Does SEO Stand For?
Digital Marketing Strategy 101: The Basics
Shoppable Influencer Posts
How to Create and Use Facebook Carousel Ads
Fashion Marketing: Keys to Successfully Growing Your Fashion Brand
4 Tips for Taking Advantage of Amazon Prime Day
How to Create a Complete 4th of July Ecommerce Funnel
Awareness Campaigns: Expanding the Paid Media Sandbox
Highlights from the First Half of 2019
How Marketing Agencies & Consultancies Identify Trends
Thinking Beyond Blogs: 3 Additional Formats to Use in Your Content Marketing Strategy
Why Your CBD Brand Needs a Blog
How to Use Your Competitors to Gain Key SEO Insights