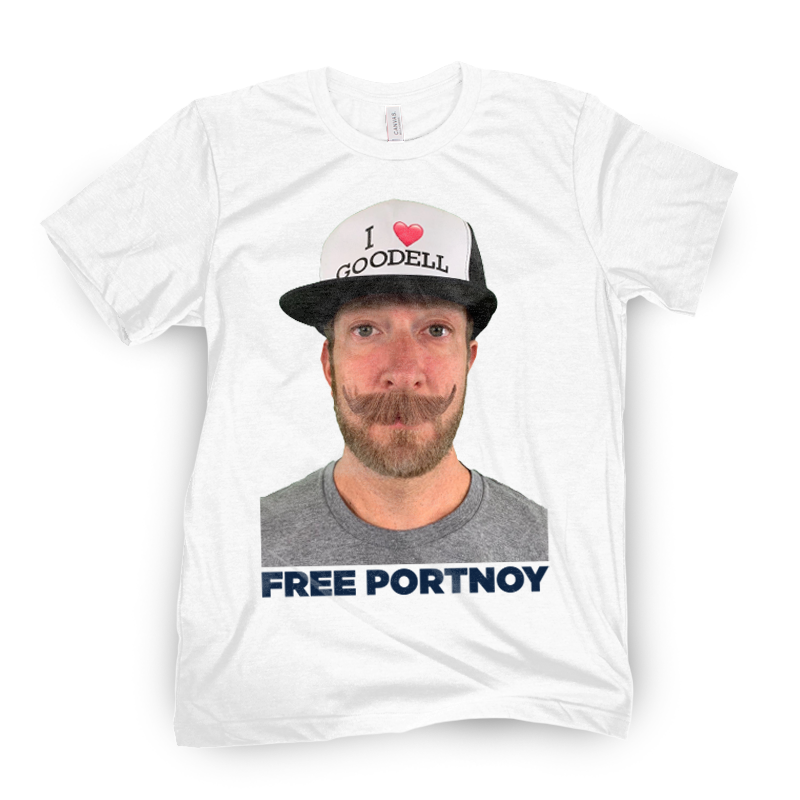 For those of us familiar with Barstool Sports - a rather notorious sports media company as famous for their sports coverage as they are infamous for their content featuring obscenely intoxicated people doing stunts - it comes as no surprise that their founder, Dave Portnoy (known more familiarly as “El Presidente”), would get himself ejected from the Super Bowl… on purpose.The NFL has been at odds with Portnoy and his publication for several years thanks to a series of antagonistic antics, effectively barring Barstool from any involvement with league events. Where some would see this as punishment, Barstool saw opportunity. In just the latest example of Barstool’s mastery of viral content, Portnoy and his team went in with a plan to create buzz for their own brand by getting kicked out of the big game. Armed and ready with a social media strategy, they stole the show and created one of the biggest conversations to come out of the most important Sunday in sports.Here’s a breakdown of how Barstool hijacked the Super Bowl:

1 - They Went Where the Eyeballs Would Be

The vast majority of Barstool’s audience are massive sports fans, so it didn’t take a stroke of genius to know they’d be tuned into the big game. By creating a conversation related to the game, they were able to steal a substantial portion of fans’ attention, especially during commercial breaks.Speaking of commercial breaks, check out our post Content Marketing Inspiration from Super Bowl Ads.

It wasn’t a spur-of-the-moment decision for Portnoy to sneak into the game, nor was it really all that sneaky - after being escorted out of a media event earlier in the week, he publicly stated that he would return for the big game. The big question became: how would it go down when they inevitably kicked him out? Throughout the day, Barstool and El Presidente taunted the NFL, even going so far as to post game updates from within the stadium (see below). By then, it wasn’t just Barstool followers that were checking social media to see whether he’d been caught.

If you followed anyone in the sports industry, any check of Twitter or Instagram resulted in just as much talk of El Presidente running around the stadium in his “disguise” as actual content from the game. (Side note: nobody’s pulled off such a convincing fake mustache since Bobby Valentine).

By creating the expectation of a fiasco, Barstool created a social media frenzy, drawing thousands of new followers into the madness.

Spoiler alert - Portnoy was ultimately arrested. What impressed us was just how quickly Barstool’s social media team was able to leverage the moment into a viral sensation.

Within minutes, social feeds were flooded with memes and graphics, and Barstool even had merchandise ready for purchase on their store:

This only made the moment that much more shareable.

4 - They Coordinated Their Influencer Strategy

The Barstool team is comprised of influencers, in their own right. Each member has their own following, and while there is overlap in their audiences, they each appeal to a different segment of fans. The team continuously tweeted and retweeted each other about Portnoy’s grand caper, creating a viral loop that fueled fan interest.

While we don’t recommend purposefully getting arrested, we do recommend using the same social media tactics Barstool did to create a conversation for your brand. Plan campaigns around events, holidays, seasons, etc., that are relevant to your brand, where your target audience will already be engaged. Stir up interest from your audience and keep them engaged with content before, during and after the big moment. And if you’re using influencers to spread your message, coordinate your posting cadence to maximize the effect.--Need help with your social media or influencer strategy? Hit us up - we're here to help.

Tyler is Hawke's Content Marketing Manager and a Co-Founder of Flocke hq. When she's not connecting brands with influencers, she posts cool stuff from her travels around the world - throw her a follow @tytygrove

Read All Posts By Tyler Grove →

The Top Ten Reasons Why You Should Not Miss Quarantine Conference 2020 on April 7
Hawke Media Voted the #1 Best Workplace for Dogs (By Dogs) in America
Built with Purpose: How Hawke Is Designed to Help Your Business During a Global Crisis
Hawke Media Amazon Report During the Coronavirus
Doing Business During The Coronavirus
Q & A: Why Influencer Marketing is Perfect for the Hospitality Industry
Thinking Beyond Blogs: 3 Additional Formats to Use in Your Content Marketing Strategy
Going Beyond Employee Appreciation Day
Live from the Nest Season 2 Ep. 6 w/ Ben Parr, President & Co-Founder, Octane AI
5 Ways to Grow Your Email List in a Meaningful Way
CannaNest Recap: The Cannabiz Takes Over the Hawke Nest
Laying a Foundation: 3 Ways to Ensure Online Business Growth
Fashion Marketing: Keys to Successfully Growing Your Fashion Brand
Subject Line: Would You Read This?
5 Tips To Get More Free PR For Your Business
Buzzword or Buzzworthy: Direct to Consumer (DTC, D2C) Demystified
Road to 10k Instagram Followers: Best of Hawke Media Posts
Live from the Nest Season 2 Ep. 5 w/ David Peck, Cannabis Entrepreneur
7 Best Valentine's Day Campaigns 2020: Hoping to Get Lucky (or Not)
9 Ecommerce Platforms We Love
Building Trust: Influencer Marketing
5 Absolutely Essential Points of Cash Flow Management
5 Abilities Every Chief Operating Officer (COO) Should Have
Everything You Need to Know: Marketing Agency vs. Hiring In-House
The Super Bowl Economy: Everything but Football
Live from the Nest Season 2 Ep. 4 w/ Shawn Gold, Founder & CEO, Pilgrim Soul
A Robot Walks into a Bar: Rotendr Pitches Hawke Cage
Plain and Simple: Content Marketing 101
5 Marketing Takeaways from KPop Giant BTS
Why CannaNest Is the Best Cannabiz Event in 2020
5 Great Ways to Get Press
Hawke Basel: An Evening of Fine Art & Fanfare
Hawke Turns 6: Our Strength Is Our Values
7 SEO Mistakes All Experts Make
The Importance of Testing
Episode 3: "Making the Marketer" w/ Hawke Media CEO Erik Huberman and Entrepreneur Xavier Kochhar
The Most Exciting Content of Q4 According to Hawke's Content Superstars
7 Tips to Create the Best Mobile Friendly Site
Holiday Hangover: 3 Ways to Avoid Marketing Myopia
Live from the Nest Season 2 Ep. 3 w/ Andy Mackensen, CMO & Co-Founder, SnackNation
Rewind: A Look Back at Hawke's Best Moments of 2019
7 Important Tips to Improve Your Email Open Rates
12 Days of Holiday Marketing Tips
Episode 2: "Making the Marketer" w/ Hawke Media CEO Erik Huberman & Jeffrey Nicholson, VaynerMedia
Get Creative, Gain an Audience through Instagram Stories Ads
9 Ecommerce Conferences You Can’t Miss in 2020
Introducing the First Episode of “Making the Marketer,” With theAmplify Founder Justin Rezvani
What It Means to Give Back at Hawke Media
The Secret to Success: Preparing Your E-Commerce Strategy for the Holiday Season Starts Now!
Do It For The Culture: What Makes Hawke Media’s Award-Winning Culture Better Than Anywhere Else’s
2019 Hawke Holiday Content Marketing Plan
All of the Marketing I Saw While Running the New York City Marathon
Digital Marketing Strategy: 12 Tips to Stay on Track in 2020
Black Friday vs Cyber Monday 2019
5 Things Your Brand Can Do Without a Big Marketing Budget
In Case You Missed It: Here's What Was New on the Hawke Blog in November
Black Friday and Cyber Monday: Creating an Influencer Strategy
3 Content Marketing Tips for Black Friday and Cyber Monday
How to Set Up Your Socials For Black Friday/Cyber Monday Success
Last-Minute Strategies to Save Black Friday
Seasonal Versus Evergreen Content: The What, When, and Why
4 Ways to Increase Email Open Rate This Holiday Season
6 SEO Tips to Plan Your Holiday Campaign
Facebook Automation: 4 Essential Automated Rules
3 Tips to Ace Your Phone Interview With Hawke Media
4 Reasons Hawkesgiving Was a Huge Success
Digital Marketing Tips, Broken Down by Service—and Holiday—in Q4
4 UX Best Practices To Maximize Your Holiday Promo Success
Navigating Insurance as Your Company Grows: Beta Stage
In Case You Missed It: Here's What Was New on the Hawke Blog in October
Three Reasons to Avoid a Revenue-Share with Your Marketing Agency
4 Marketing Lessons to Learn from Kanye's Sunday Service
Introducing Our New Grad Program: The Associate Digital Marketer Program!
6 Takeaways from Working with Some of the Biggest CBD Brands
What to Do Before Launching Digital Ads
Why Stock Photography will Sink Your Social Brand: You Need Your Own Social Content
Facebook Messenger Marketing: 5 Conversational Ad Tips to Drive Revenue and Increase Subscribers
How to Increase B2B Sales With Email Marketing
11 Mistakes Brands Make When Hiring Digital Marketing Agencies
8-Step Instagram Grid Tutorial (with Templates)
CBD Advertising: 6 Ways to Promote Your CBD Brand
World Mental Health Day 2019: How Hawke Values Wellness in the Workplace
Seasonal Versus Evergreen Content: The What, When, and Why
First Glance: 19 Photos of Hawkefest 2019
4 Influencers Fashion Brands Should Be Paying Attention to in 2020—and Why
3 Amazon Audit Solutions to Prepare for the Holidays
How to Optimize Your Amazon Marketing Strategy
4 Tips to Make the Most Out Of Your Influencer Collaborations
In Case You Missed It: Here's What Was New on the Hawke Blog in September
Our Content Team’s Favorite Marketing Tactics They Saw in Q3
How to Place a Google Analytics Tracking Pixel
Saving the Best for Last: Hawkefest Is the Best E-Commerce Conference to Close out 2019
6 SEO Tips to Plan Your Holiday Campaign
Live from the Nest Season 2 Ep. 2 w/ Mike Banuelos VP of Strategy, Hawke Media
Why Hawke Media and Google Celebrated the Holidays in August
Email Drip Marketing Campaigns: How to Set up a Conditional Split Workflow to Increase Personalization
Facebook Advertising KPIs: 5 Key Metrics
19 Reasons Why Hawkefest is the Best Event of 2019
Instagram Influencer Marketing: 5 Best Practices to Keep Engagements Running Smoothly
Live from the Nest Season 2 Ep.1 w/ Daniel Chen Head of Media Buying, Hawke Media