Highlights from the First Half of 2019 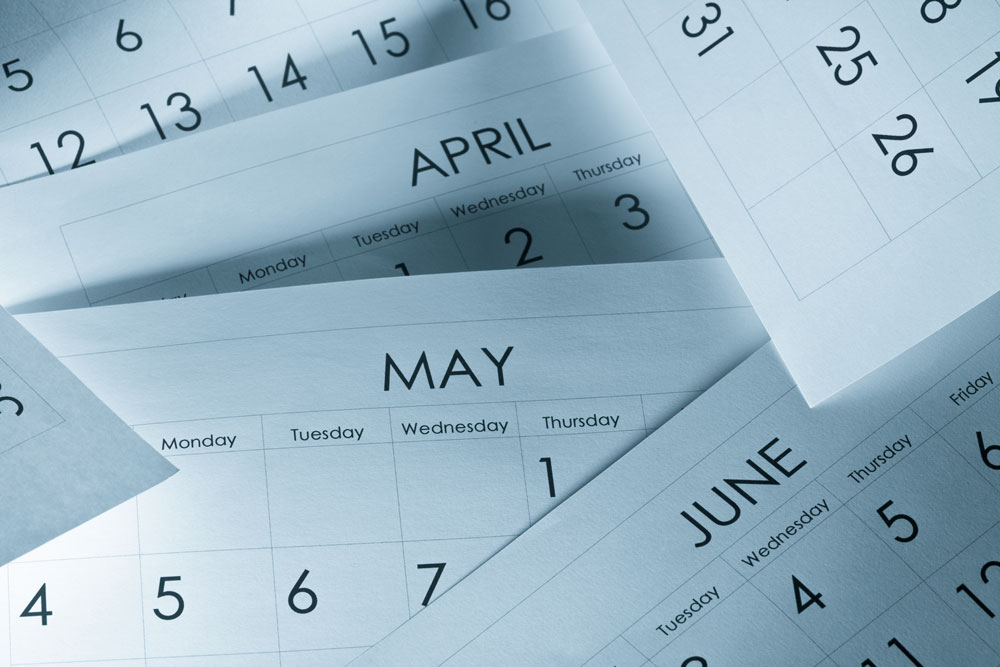 The calendar year is halfway over and we can’t believe it, either. It feels like just yesterday we were making our end-of-2018 predictions about the big theme for 2019 (brands as publishers, if you need a reminder).

Since then, we’ve seen major cultural events, unexpected surprises and big developments in tech and marketing come and go. Here’s a quick recap of our highlights for the first half of 2019.

America’s biggest sporting event of the year gave us a chance to reflect on content marketing lessons from Super Bowl ads of the past.

It also gave us a lesson in going viral from David Portnoy (aka El Presidente) - the founder of major sports media site Barstool Sports - who hijacked the Super Bowl by getting himself purposefully arrested.

While the actual fraudulent disaster that was Fyre Fest was meant to take place in 2017, the aftermath continued to play out well into this year. The fiasco spawned not one but two major documentaries, but it also gave us the gift of some very important social media lessons.

The spring brought us yet another phenomenon of American sporting events - the annual NCAA Men’s Basketball Tournament, better known as March Madness. The tournament is as famous for the excitement of competition as for the (questionably legal) betting pools it spawns across the nation.

If you’ve ever been in one of those pools, you might know what we’re talking about when we say that marketing strategy is like a bracket.

Oh, Kanye. Can the man go more than six months without making headlines? This April, the music (and publicity) mastermind pulled out of a headlining slot at Coachella, only to return to the festival last minute for a unique Sunday Service performance.

We concluded that, whether he knows it or not, Kanye is a marketing genius.

Not all of the highlights had to do with pop culture. When Google announced they were restructuring the way they displayed mobile search results, our chief of all things Google weighed in on what it means for SEO and SEM.

Google wasn’t the only major platform to announce an impactful change. Instagram recently gave influencers a way to give brands controlled access to boost their posts via Branded Content Ads. Naturally, we made some predictions.

And then there was Father’s Day. We took a look at some of the best Father’s Day campaigns and why they were effective.

As Hawke Media's Content Manager, Jared oversees the production of all content related to marketing, entrepreneurship, ecommerce and culture. He hopes he's doing a good job - let him know what you think: [email protected].

Read All Posts By Jared Rosenberg →

The Top Ten Reasons Why You Should Not Miss Quarantine Conference 2020 on April 7
Hawke Media Voted the #1 Best Workplace for Dogs (By Dogs) in America
Built with Purpose: How Hawke Is Designed to Help Your Business During a Global Crisis
Hawke Media Amazon Report During the Coronavirus
Doing Business During The Coronavirus
Q & A: Why Influencer Marketing is Perfect for the Hospitality Industry
Thinking Beyond Blogs: 3 Additional Formats to Use in Your Content Marketing Strategy
Going Beyond Employee Appreciation Day
Live from the Nest Season 2 Ep. 6 w/ Ben Parr, President & Co-Founder, Octane AI
5 Ways to Grow Your Email List in a Meaningful Way
CannaNest Recap: The Cannabiz Takes Over the Hawke Nest
Laying a Foundation: 3 Ways to Ensure Online Business Growth
Fashion Marketing: Keys to Successfully Growing Your Fashion Brand
Subject Line: Would You Read This?
5 Tips To Get More Free PR For Your Business
Buzzword or Buzzworthy: Direct to Consumer (DTC, D2C) Demystified
Road to 10k Instagram Followers: Best of Hawke Media Posts
Live from the Nest Season 2 Ep. 5 w/ David Peck, Cannabis Entrepreneur
7 Best Valentine's Day Campaigns 2020: Hoping to Get Lucky (or Not)
9 Ecommerce Platforms We Love
Building Trust: Influencer Marketing
5 Absolutely Essential Points of Cash Flow Management
5 Abilities Every Chief Operating Officer (COO) Should Have
Everything You Need to Know: Marketing Agency vs. Hiring In-House
The Super Bowl Economy: Everything but Football
Live from the Nest Season 2 Ep. 4 w/ Shawn Gold, Founder & CEO, Pilgrim Soul
A Robot Walks into a Bar: Rotendr Pitches Hawke Cage
Plain and Simple: Content Marketing 101
5 Marketing Takeaways from KPop Giant BTS
Why CannaNest Is the Best Cannabiz Event in 2020
5 Great Ways to Get Press
Hawke Basel: An Evening of Fine Art & Fanfare
Hawke Turns 6: Our Strength Is Our Values
7 SEO Mistakes All Experts Make
The Importance of Testing
Episode 3: "Making the Marketer" w/ Hawke Media CEO Erik Huberman and Entrepreneur Xavier Kochhar
The Most Exciting Content of Q4 According to Hawke's Content Superstars
7 Tips to Create the Best Mobile Friendly Site
Holiday Hangover: 3 Ways to Avoid Marketing Myopia
Live from the Nest Season 2 Ep. 3 w/ Andy Mackensen, CMO & Co-Founder, SnackNation
Rewind: A Look Back at Hawke's Best Moments of 2019
7 Important Tips to Improve Your Email Open Rates
12 Days of Holiday Marketing Tips
Episode 2: "Making the Marketer" w/ Hawke Media CEO Erik Huberman & Jeffrey Nicholson, VaynerMedia
Get Creative, Gain an Audience through Instagram Stories Ads
9 Ecommerce Conferences You Can’t Miss in 2020
Introducing the First Episode of “Making the Marketer,” With theAmplify Founder Justin Rezvani
What It Means to Give Back at Hawke Media
The Secret to Success: Preparing Your E-Commerce Strategy for the Holiday Season Starts Now!
Do It For The Culture: What Makes Hawke Media’s Award-Winning Culture Better Than Anywhere Else’s
2019 Hawke Holiday Content Marketing Plan
All of the Marketing I Saw While Running the New York City Marathon
Digital Marketing Strategy: 12 Tips to Stay on Track in 2020
Black Friday vs Cyber Monday 2019
5 Things Your Brand Can Do Without a Big Marketing Budget
In Case You Missed It: Here's What Was New on the Hawke Blog in November
Black Friday and Cyber Monday: Creating an Influencer Strategy
3 Content Marketing Tips for Black Friday and Cyber Monday
How to Set Up Your Socials For Black Friday/Cyber Monday Success
Last-Minute Strategies to Save Black Friday
Seasonal Versus Evergreen Content: The What, When, and Why
4 Ways to Increase Email Open Rate This Holiday Season
6 SEO Tips to Plan Your Holiday Campaign
Facebook Automation: 4 Essential Automated Rules
3 Tips to Ace Your Phone Interview With Hawke Media
4 Reasons Hawkesgiving Was a Huge Success
Digital Marketing Tips, Broken Down by Service—and Holiday—in Q4
4 UX Best Practices To Maximize Your Holiday Promo Success
Navigating Insurance as Your Company Grows: Beta Stage
In Case You Missed It: Here's What Was New on the Hawke Blog in October
Three Reasons to Avoid a Revenue-Share with Your Marketing Agency
4 Marketing Lessons to Learn from Kanye's Sunday Service
Introducing Our New Grad Program: The Associate Digital Marketer Program!
6 Takeaways from Working with Some of the Biggest CBD Brands
What to Do Before Launching Digital Ads
Why Stock Photography will Sink Your Social Brand: You Need Your Own Social Content
Facebook Messenger Marketing: 5 Conversational Ad Tips to Drive Revenue and Increase Subscribers
How to Increase B2B Sales With Email Marketing
11 Mistakes Brands Make When Hiring Digital Marketing Agencies
8-Step Instagram Grid Tutorial (with Templates)
CBD Advertising: 6 Ways to Promote Your CBD Brand
World Mental Health Day 2019: How Hawke Values Wellness in the Workplace
Seasonal Versus Evergreen Content: The What, When, and Why
First Glance: 19 Photos of Hawkefest 2019
4 Influencers Fashion Brands Should Be Paying Attention to in 2020—and Why
3 Amazon Audit Solutions to Prepare for the Holidays
How to Optimize Your Amazon Marketing Strategy
4 Tips to Make the Most Out Of Your Influencer Collaborations
In Case You Missed It: Here's What Was New on the Hawke Blog in September
Our Content Team’s Favorite Marketing Tactics They Saw in Q3
How to Place a Google Analytics Tracking Pixel
Saving the Best for Last: Hawkefest Is the Best E-Commerce Conference to Close out 2019
6 SEO Tips to Plan Your Holiday Campaign
Live from the Nest Season 2 Ep. 2 w/ Mike Banuelos VP of Strategy, Hawke Media
Why Hawke Media and Google Celebrated the Holidays in August
Email Drip Marketing Campaigns: How to Set up a Conditional Split Workflow to Increase Personalization
Facebook Advertising KPIs: 5 Key Metrics
19 Reasons Why Hawkefest is the Best Event of 2019
Instagram Influencer Marketing: 5 Best Practices to Keep Engagements Running Smoothly
Live from the Nest Season 2 Ep.1 w/ Daniel Chen Head of Media Buying, Hawke Media